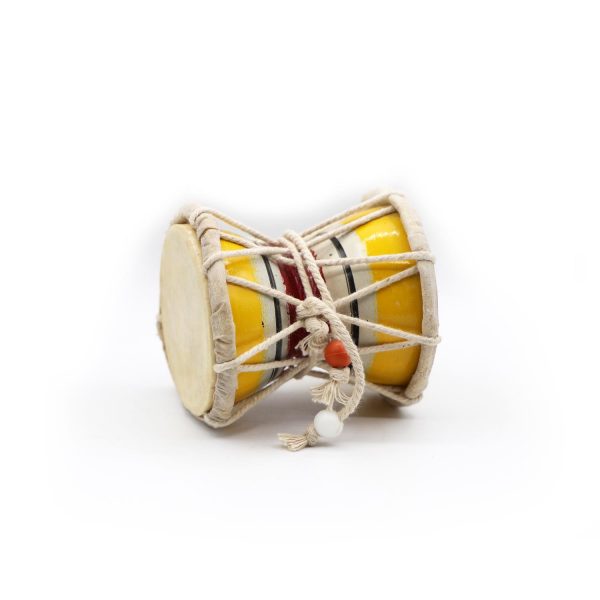 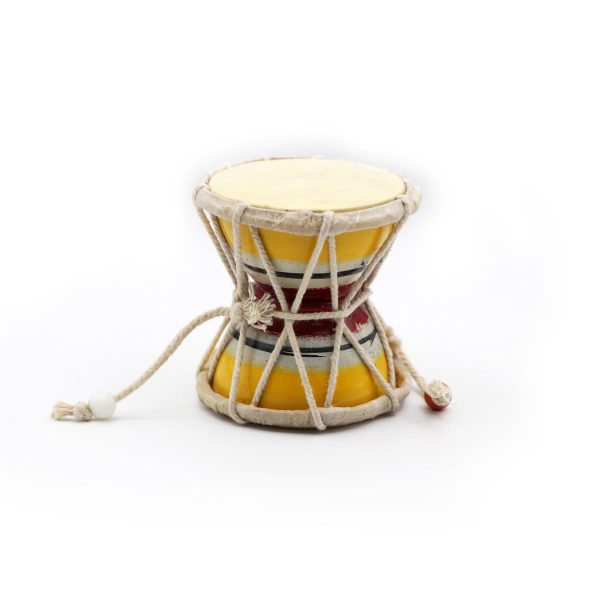 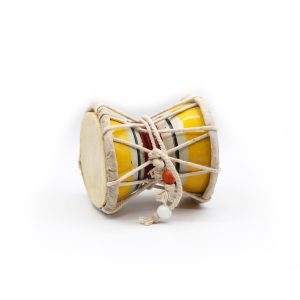 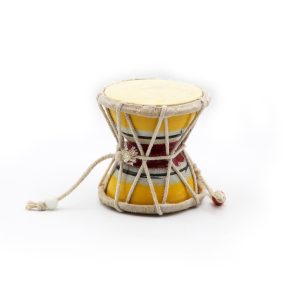 The drum is typically made of wood, metal with leather drum heads at both ends. Its height ranges from a few inches to a little over one foot. It is played single-handedly. The strikers are typically beads fastened to the ends of leather cords around the waist of the damaru. Knots in the leather can also be used as strikers; crocheted material is also common. As the player waves the drum using a twisting wrist motion, the strikers beat on the drumhead.

The damaru is known as a power drum, and when played, it is believed to generate spiritual energy. It is associated with the Hindu deity Shiva. It is believed that Sanskrit language was recognized by the drumbeats of the damaru (see Shiva Sutra for the sounds), and his performance of the cosmic dance of tandava. The damaru is used by itinerant musicians of all stripes, due to its small portable size.

Be the first to review “Damru – Design 2” Cancel reply