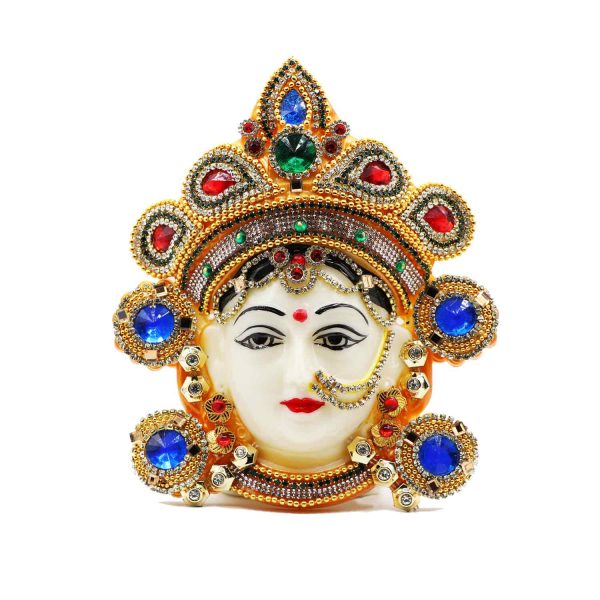 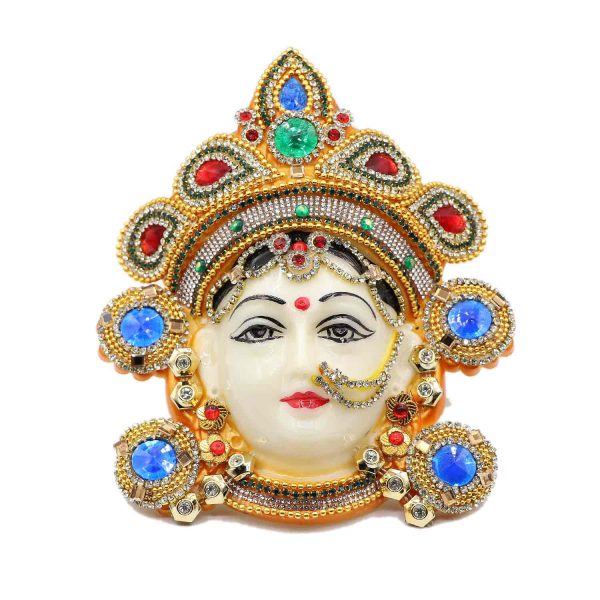 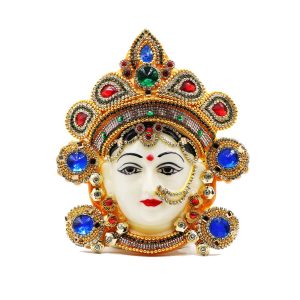 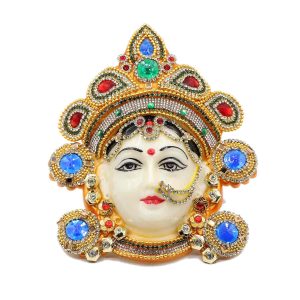 Exquisite Devi face made in fibre with stone work to hang on door, wall or in Puja Altar.

In Hindu mythology, Durga is a fierce form of Devi, the Mother Goddess, the all-powerful almighty goddess. According to a legend the gods could not defeat the buffalo demon Mahishasur, who was threatening the existence of the universe. They begged Shiva for his assistance, and Shiva advised all the gods to release their shaktis.

The shaktis of the gods emerged in female form. These goddesses fused together in blinding light from which arose a magnificent goddess with many arms. She was as beautiful as she was deadly. The gods called this goddess Durga, the invincible one, and they armed her with all their weapons. Thus armed, Durga rode to the top of a mountain on a lion. In a bloody battle, she defeated Mahishasur and his army of demons and thus saved the Universe from this demon’s menace.