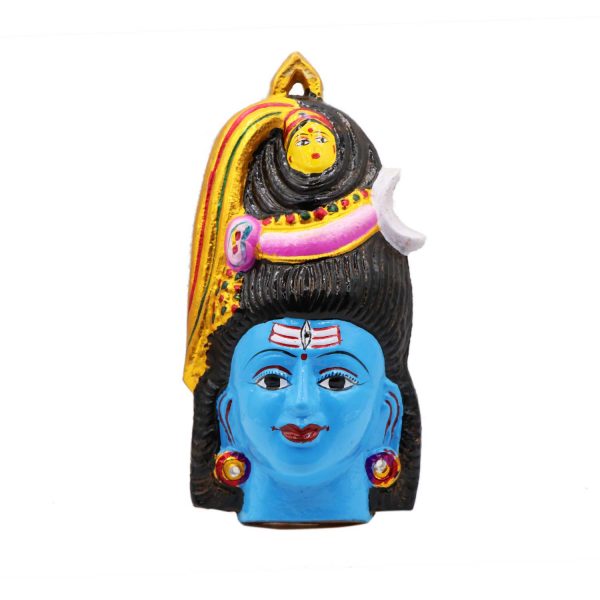 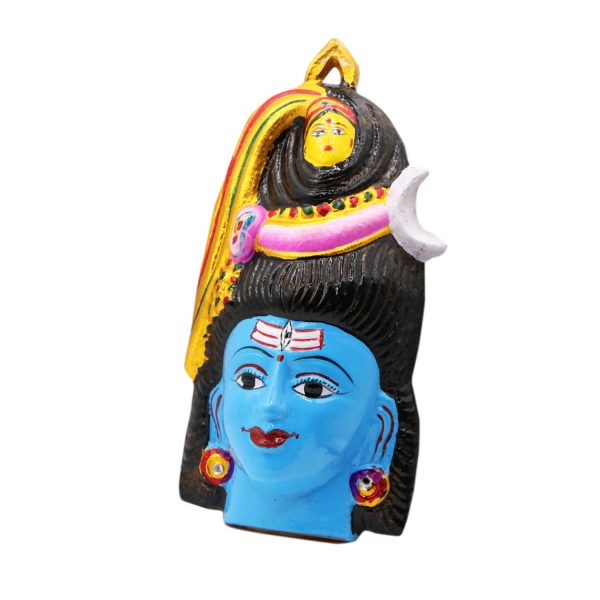 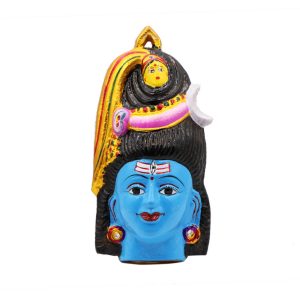 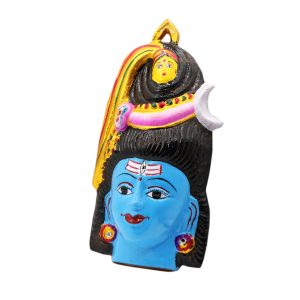 A colourful Shiva face hanging is made with Aluminium metal.

Shiva ’The Auspicious One’ also known as Mahadeva is one of the principal deities of Hinduism. He is the Supreme Being in Shaivism, one of the major traditions within Hinduism.

Shiva is known as “The Destroyer” within the Trimurti, the triple deity of supreme divinity that includes Brahma and Vishnu. Shiva is the Supreme Lord who creates, protects and transforms the universe.

The iconographical attributes of Shiva are the serpent around his neck, the adorning crescent moon, the holy river Ganga flowing from his matted hair, the third eye on his forehead, the trishula or trident, as his weapon, and the damaru drum. He is usually worshipped in the aniconic form of lingam.