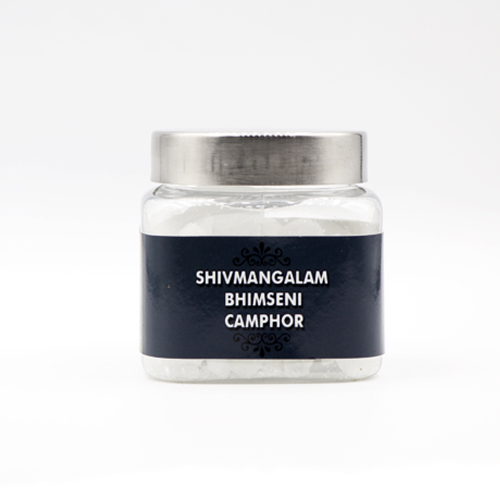 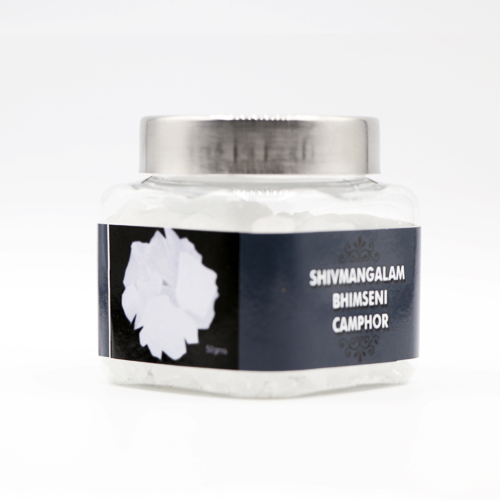 Bhimseni camphor is used in ayurvedic medicine since ancient time. It is also called as Borneo or Barus camphor. It is naturally formed in the stems of Dryobalanops camphora grown in Dutch Sumatra.

Camphor is widely used in Hindu religious ceremonies. It is put on a stand called ‘karpur dani’ in India. Aarti is performed after setting fire to it usually as the last step of puja. Coming from South India and popular across India for its superior and natural quality, these Kapur balls effectively ignite and leave a long lasting blissful fragrance. Kapur balls are to be used to offer dhoop to deities while performing Aarti. The fumes releasing from these balls purifies the entire atmosphere.

Be the first to review “Bhimseni Kapur” Cancel reply