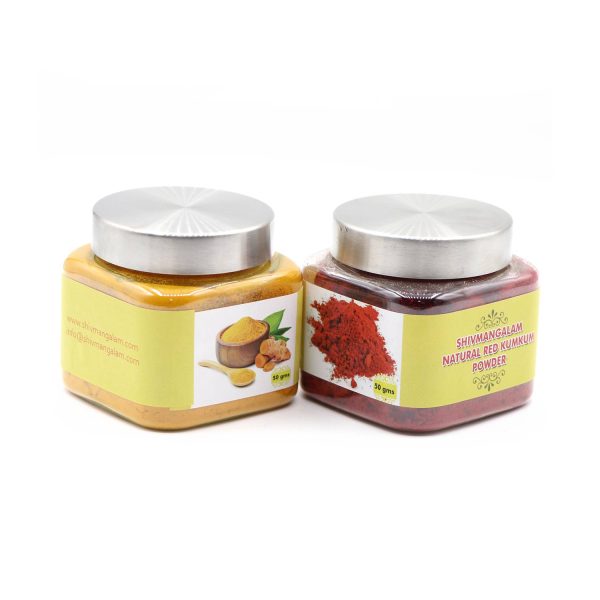 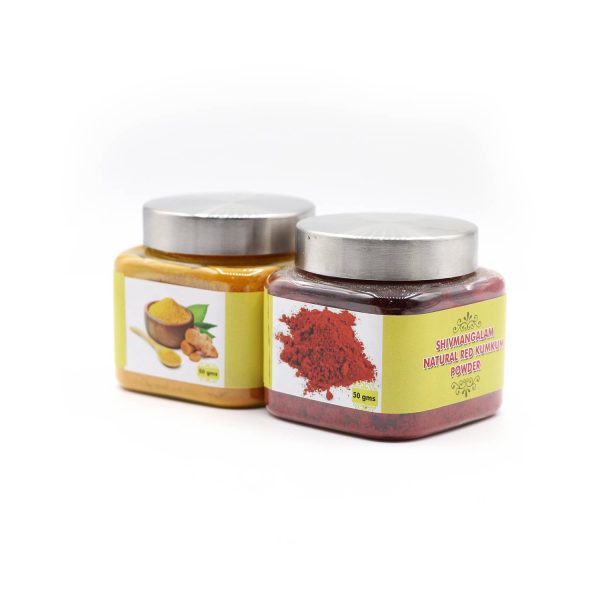 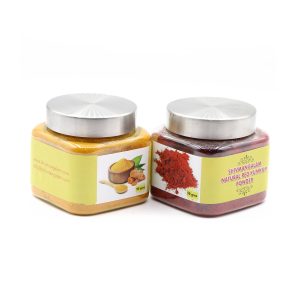 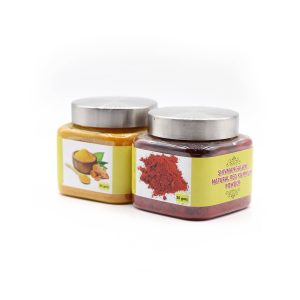 A set of pure and Natural Haldi and Kumkum.

Turmeric is considered highly auspicious in India and has been used extensively in various Indian ceremonies. Even today it is used in every part of India during wedding ceremonies and religious ceremonies.

Kumkum is most often applied by Indians to the forehead. The reason has to do with the ancient Indian belief that “the human body is divided into seven vortices of energy, called chakras, beginning at the base of the spine and ending at the top of the head.

For applying on deity idols, yantras, deity offerings, making religious symbols and for applying on forehead. Haldi Kumkum, or the Haldi Kumkum ceremony, is a social gathering in India in which married women exchange haldi (turmeric) and kumkum (vermilion powder), as a symbol of their married status and wishing for their husbands’ long lives.