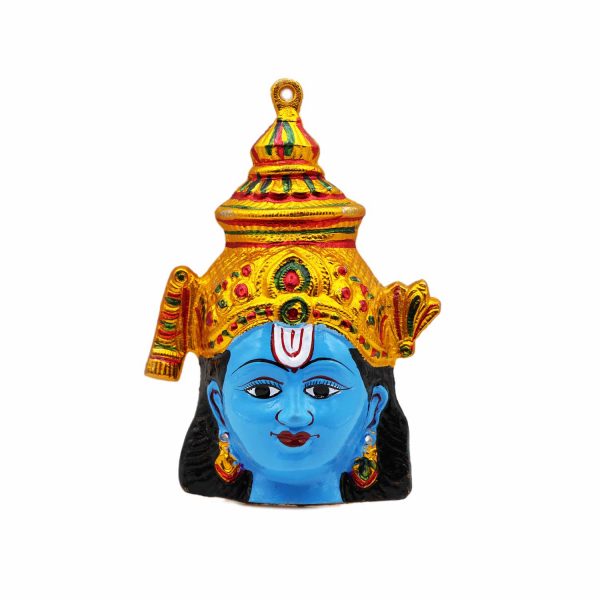 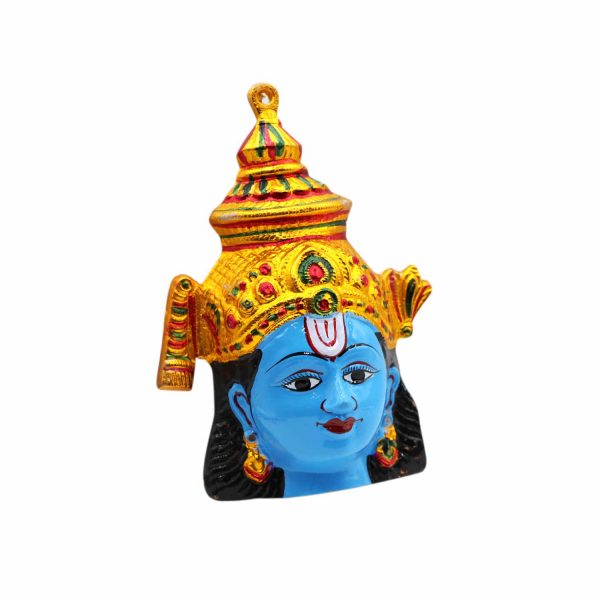 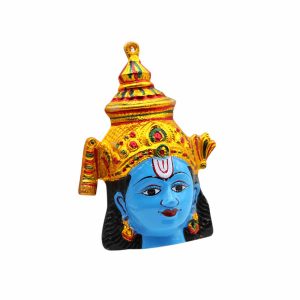 A colourful Vishnu face hanging is made with Aluminium metal.

Vishnu also known as Narayana and Hari, is one of the principal deities of Hinduism. He is the supreme being within Vaishnavism, one of the major traditions within contemporary Hinduism.

Vishnu is known as “The Preserver” within the Trimurti, the triple deity of supreme divinity that includes Brahma and Shiva. In Vaishnavism tradition, Vishnu is the supreme being who creates, protects and transforms the universe. In the Shaktism tradition, the Goddess, or Devi, is described as one of the supreme, yet Vishnu is revered along with Shiva and Brahma. A goddess is stated to be the energy and creative power (Shakti) of each, with Lakshmi the equal complementary partner of Vishnu. He is one of the five equivalent deities in Panchayatana puja of the Smarta tradition of Hinduism.

Looking for exclusive Vishnu, Narayana murti face idol For Pooja can be used for Kalyanam or even for Home decorations. Shop this beautiful Vishnu Krishna Face Hangin. Ideal as showpiece, wall hanging and as a return gift.

Be the first to review “Vishnu Face Hanging” Cancel reply